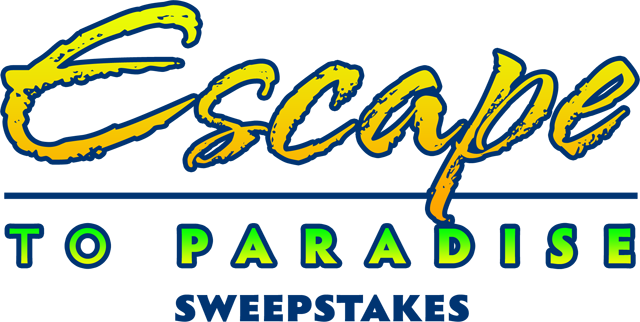 ELIGIBILITY: Only legal residents of the U.S. (including D.C), who are at least 18 years old and the age of majority in the entrant’s jurisdiction of residence at the time of entry are eligible to enter. Not open to employees, officers or directors, or to members of the immediate family or household (whether related or not) of any employees, officers, or directors of Two Oceans Digital. (“Sponsor”), or any of its parents, subsidiaries, affiliates, franchisees, or any advertising, promotion or other agencies or suppliers involved in this Promotion (collectively, the “Promotion Entities”). Eligibility may be verified at any time. The Two Oceans Digital Escape to Paradise Sweepstakes(the “Promotion” or the “Sweepstakes”) is subject to all applicable laws. Void where prohibited by law. The term “members of the immediate family” means a person’s spouse, parents, siblings and/or children.

You may also be given the option to choose to receive promotional messages from the Sponsor; however, your election to do so is optional and will not affect your chances of winning. All promotional emails will always offer you the opportunity to opt-out of receiving future promotional emails.

All entries must be received by the end of the Promotion Period. Proof of submission is not proof of receipt. Limit one (1) entry per person and per e-mail address. Subsequent entries from the same person or email address will be disqualified. Any attempt by a person to enter more than once with multiple email accounts or any other means may result in disqualification.

ODDS: Odds of winning depend on the number of eligible entries received.

PRIZE: The winner will win the following:

The prize consists of: one (1) double occupancy standard hotel room for three (3) nights, as selected by Sponsor, and $400 from Barefoot Billy’s.

All expenses not specifically mentioned herein are the sole responsibility of the winner and his/her guest. Without limiting the generality of the foregoing, the prize excludes airport transfers, ground transportation to and from the hotel, meals and beverages, gratuities, travel insurance, excess baggage fees, and other personal expenses. The guest selected by the winner must have reached the age of majority in his or her jurisdiction of residence at the time of travel. Winner and his/her guest must abide by all hotel property rules, regulations and policies. Sponsor reserves the right to revoke the prize and/or components thereof from any winner or winner’s guest who it or venue personnel deem may, in its sole discretion, be intoxicated, be a safety risk, have violated any venue policy or law, or may bring Sponsor into disrepute. Winner or his/her guest will be required to provide a credit card to the hotel to cover incidentals which are not included in the prize package.  The hotel must be reserved at least thirty (30) days in advance of the travel date and is subject to availability and age restrictions. All bookings for travel (including, but not limited to, name of guest and departure city) must be provided according to Sponsor’s direction and cannot be changed after it is provided. Winner and his/her guest understand that there are inherent risks involved in travel and that these risks may be present before, during and after the trip. Sponsor is not responsible for changes in the schedule of any element of the prize or any expenses incurred as a consequence of flight cancellation or delay. The sponsor is not responsible and will have no liability if the winner and/or his/her guest is for any reason not permitted to travel by the relevant airport authorities or misses a flight or other prize component. An unclaimed and/or unused prize component will remain the property of the Sponsor. Resale is prohibited.

The prize is awarded "AS IS." Neither Sponsor nor Promotion Entities make or offer any warranty or guarantee, either express or implied (including, without limitation, quality, authenticity, merchantability, and fitness for a particular purpose) in connection with this Promotion or any prize. Prize details and availability are subject to change, in which case a prize of equal value may be substituted at Sponsor’s sole discretion. The prize consists only of the items listed, is non-transferable, with no cash redemption or substitution except at Sponsor’s sole discretion. The prize is subject to terms, conditions, expiration dates, and restrictions imposed by the supplier of the prize or components thereof or issuer in the case of event tickets, gift cards, or other instruments. Federal, state, provincial and local taxes on the prize or components thereof, if any, and any other costs, fees and expenses not listed above as specifically included as part of the prize are the sole responsibility of the winner. ALL TAXES ARE THE SOLE RESPONSIBILITY OF THE WINNER. An IRS form 1099 and other tax-related forms and documents may be issued by the Sponsor if required by law.

GENERAL PROVISIONS: To the extent allowed by applicable law, entry in the Sweepstakes and/or acceptance of the prize constitutes winner’s permission for Sponsor to use winner’s name, photograph, likeness, voice, biographical information, statements and address (city and state/province/territory and country) for advertising and/or publicity purposes worldwide and in all forms of media now known or hereafter developed, in perpetuity (or for as long as allowed under applicable law), without further authorization, notification or compensation, except where prohibited by law. Entrants agree, to the extent allowed by applicable law, that the Promotion Entities, shall not be responsible or liable for, and are hereby released from, any and all costs, injuries, losses or damages of any kind, including, without limitation, death and bodily injury, due in whole or in part, directly or indirectly, from participation in the Promotion or any Promotion-related activity, or from entrants’ acceptance, receipt, possession and/or use or misuse of any prize or prize component.

Sponsor is not responsible for any damage to an entrant’s computer system which is occasioned by accessing the Website or otherwise participating in the Promotion, or for any computer system, phone line, hardware, software or program malfunctions, or other errors, failures or delays. Without limiting the generality of the foregoing, Sponsor is not responsible for incomplete, illegible, misdirected, misprinted, late, lost, damaged, stolen, or postage-due entries or prize notifications; or for lost, interrupted, inaccessible or unavailable networks, servers, satellites, Internet service providers, websites, or other connections; or for miscommunications, failed, jumbled, scrambled, delayed, or misdirected computer, telephone or cable transmissions; or for any technical malfunctions, failures, difficulties or other errors of any kind or nature (including, without limitation, typos on Promotion advertising materials); or for the incorrect or inaccurate capture of information, or the failure to capture any information.

Sponsor reserves the right in its sole discretion to disqualify from this Promotion and any other promotions offered by Sponsor, any individual who is found to be tampering with the entry process or the operation of the Promotion or the Website, to be acting in violation of these Official Rules, or to be acting in an unsportsmanlike or disruptive manner, or with the intent to disrupt or undermine the legitimate operation of the Promotion, or to annoy, abuse, threaten or harass any other person. No mechanically reproduced, illegible, incomplete, forged, software-generated or other automated multiple entries will be accepted.

In the event of a dispute as to the identity of the entrant, any on-line entry will be deemed submitted by the authorized account holder of the e-mail account from which it was sent, provided such account holder must still meet the eligibility requirements for the Promotion. The authorized account holder shall be the natural person to whom the applicable email address has been assigned by the Internet access provider, service provider, or other online organization responsible for assigning e-mail addresses for the domain associated with the submitted e-mail address.

Sponsor reserves the right to modify, extend, suspend, or terminate the Promotion, and to modify these Official Rules, in whole or in part, if it determines, in its sole discretion, that the Promotion is technically impaired or corrupted or that fraud or technical problems, failures or malfunctions or other unintended circumstances have impaired the integrity, administration, security, proper play and/or feasibility of the Promotion as contemplated herein, or for any other reason whatsoever. If the Promotion is terminated before the designated end date, Sponsor will (if possible) select a potential winner in a random drawing from all eligible, non-suspect entries unaffected by the problem. Inclusion in such drawing shall be each entrant’s sole and exclusive remedy in such circumstances.

By entering the Promotion, you agree, to the extent allowed by applicable law, that (i) any and all disputes, claims, and causes of action arising out of or in connection with the Promotion, or any prize awarded, shall be resolved individually without resort to any form of class action; (ii) any claims, judgments, and awards shall be limited to reasonable and actual out-of-pocket costs incurred, including costs associated with entering the Promotion, but in no event legal fees or attorney's fees; and (iii) under no circumstances will any entrant be permitted to obtain any award for, and entrant hereby waives all rights to claim, punitive, incidental, indirect or consequential damages and any and all rights to have damages multiplied or otherwise increased and any other damages, other than damages for reasonable and actual out-of-pocket expenses. These Official Rules and any disputes relating hereto are governed by the internal laws of the State of Florida, USA, without regard to principles of conflicts of laws, and by entering you consent to the exclusive jurisdiction of the state and federal courts in Third District of Florida, USA, or if there’s no federal jurisdiction, Monroe County, Florida, USA for resolution of any disputes relating to the Promotion and waive any objection thereto to the extent allowed by applicable law.

DATA: Any information you submit will be subject to the Sponsor’s privacy policy. By submitting an entry, you understand and agree that the information you submit will be transmitted to and stored on servers located in the United States, that it may be subject to U.S. laws and that it may be accessible to the U.S. Government, courts, law enforcement and regulatory agencies.